AM I RESPONSIBLE FOR MY EATING DISORDER?

As it is with mental health illnesses in general, responsibility is a major issue when it comes to Eating Disorders. Earlier this year I had the misfortune of reading a piece of research that highlighted a stark contrast in regards to the beliefs and attitudes towards individuals with varying physical illnesses, in comparison to those with Eating Disorders. As this research study concluded, there is no consideration of blame when it comes to physical illnesses such as Cancer or Pneumonia; furthermore, the sufferers of such illnesses are often met with empathy and support. However, for mental health illnesses, despite being just as debilitating, traumatic and life changing, there is a clear disparity. The origination of these illnesses are buried deep within the unconscious mind where, unfortunately, no examination or diagnostic test can obtain concrete answers or, in many cases, an even tangible explanation; creating confusion and opening our minds to all kinds of interpretations. It appears that in the absence of an adequate explanation or cause, as a society, we often find it is easier to dismiss the problem or throw the suspicion onto the sufferer themselves than try and make any sense of baffling illnesses like Eating Disorders that are completely illogical and irrational in nature.

The latter interpretation of blame towards Eating Disorder victims is true, not only for supporters and observers, but for the sufferer also. For many years I felt like a prisoner to this torturous illness; a puppet to the voice in my mind that had the strength to override my ability to make any rational decisions… and yet, despite feeling completely brainwashed and out of control, I knew, I could resonate deep down (beneath the denial) that no-one was forcing me to engage in Eating Disorder behaviours, no-one forced an Eating Disorder upon me… my damaging and disordered behaviours where exactly that – mine.

Without any concrete understanding or evidence otherwise, coupled with the frustration portrayed by those close and my inability to articulate what was happening inside of me, as I couldn’t even explain it to myself, I inevitably felt that the Eating Disorder was my fault, and somewhat a choice I was making. The self-blame, guilt and confusion that surfaces from knowing what you need to do, and somewhat want to do, but feeling powerless to make the steps is paralysing and, with hindsight, pushed me further into the grips of Anorexia; distracting me from feeling the deep sense of shame, or anything for that matter, that comes with an Eating Disorder. 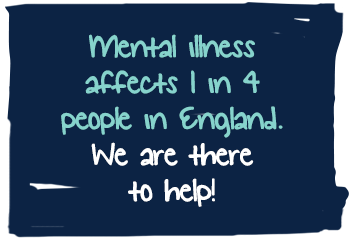 How we can help
Fundraising
Work with us
Help